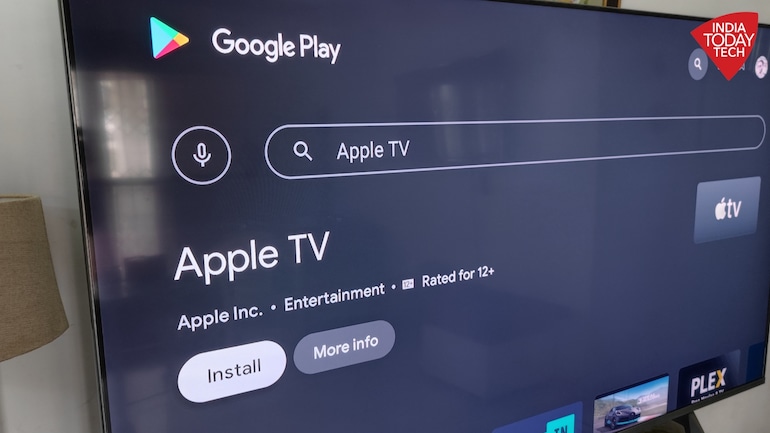 “Introducing a new member to our streaming roster. The Apple TV app is now available on #AndroidTV devices,” a tweet from Apple TV’s official account read.

The update comes to TVs from brands like Xiaomi, TCL, Hisense and others. It has also been rolled out for smart boxes and sticks. Previously, the app was only available on Sony Bravia TVs and Chromecast with Google TV. Xiaomi has independently confirmed the roll-out on its entire Android TV range of products which includes Mi TVs, Redmi TVs, Mi Box 4K and Mi TV Stick.

Any smart TV running Android TV 8 Oreo and higher will now be running the Apple TV app. However, you will need a subscription to access the service and stream content on the platform.

— Go to Google Play Store and search for Apple TV.

— Hit install to complete the process and open the app.

— You are good to stream now.

Apple has an impressive catalogue of content on its platform and the Android roll-out comes days before its summer expansion. Apple has already announced that it is bringing a new season of its highly popular show Ted Lasso in the coming weeks. Apart from this, the platform will also have Lisey’s Story, Home Before Dark Season 2, Physcial, Central Park Season 2, and more.

The existing shows and movies on the platform include The Morning show, Greyhound, For All Mankind, Cherry, and more. You can also rent movies from LionsGate Play, ErosNow select and TasteMade.